How to Prepare Eggplant

Eggplant, also known as aubergine or brinjal, is consumed worldwide. Being a versatile vegetable, it can take on many different flavors. The tricks to eggplant processing are answered in three questions: how to prepare eggplant, how to preserve eggplant and how to cook eggplant.

Eggplant(Solanum melongena) is a plant of the family Solanaceae, also commonly known as nightshade. It bears a fruit of the same name, widely used as a vegetable in cooking. The term eggplant is used in North America and Australia. In British English, it is commonly known as aubergine. In South Asia, Southeast Asia and South Africa it is known as brinjal. Different cultivars of the plant produce fruit of different size(standard and miniature), shape (egg-shaped, oval, round or elongated), and color (dark purple, reddish-purple, white, yellow, green, and striped). The most widely cultivated varieties in Europe and North America are elongated ovoid, 12 to 25 cm long and 6 to 9 cm broad in a dark purple skin.
Originated in India, eggplant is mostly grown in the world’s tropical and subtropical regions. In 2014, eggplant was harvested on over 1,800,000 hectares of land. Total world eggplant production was 50.1 million tonnes. China(28.4 million tonnes; 57% of world total), India(13.4 million tonnes; 27% of world total), Egypt(1.2 million tonnes), Turkey (0.82 million tonnes), and Iran (0.75 million tonnes) were top 5 eggplant producing countries. Eggplant is low in calories, high in fiber and is a good source of potassium, manganese, copper, vitamin B1, B6, niacin, folate and vitamin K. Eggplant also contains phytonutrients such as nasunin and chlorogenic acid.

Eggplants are available year-round with their peak season during the late summer. To test for the ripeness, gently press the fruit with your thumb; if the flesh presses in but springs back, it’s ready for harvesting.
Eggplants are chilling sensitive. The optimal storage temperatures are 50 to 54°F(10 to 12°C) and the relative humidity ranges between 90 and 95%. If prepackaged in a perforated film to minimize moisture loss, eggplants may be stored for up to 2 weeks at 50°F (10°C).
Eggplant bruises easily and should be handled carefully during harvest and storage.

Eggplants may be subjected to a number of preliminary steps (washing, peeling, cutting, salting and blanching), eggplant processing(freezing, drying and pickling) and cooking methods. When buying eggplant, choose firm fruit that’s heavy for its size. The stem and cap should be green and fresh-looking. The skin should be smooth, shiny without blemishes. Then how to prepare eggplant? How to Preserve eggplant? And, how to cook eggplant? Eggplants are washed to remove dirt and residue by using bubble cleaning machine or other washing machines.

The skin of the eggplant is entirely edible. Small, young eggplants can be left unpeeled. Large or old eggplants generally have tough skins that may not be palatable and can be peeled with eggplant peeling machine.

Conventional wisdom recommends salting eggplant before cooking to reduce bitterness. Since modern eggplant has been bred to have less bitterness, it is not necessary to salt eggplant for this purpose. Salting eggplant draws out water, preventing the eggplant from soaking up too much oil. For some preparations, cut eggplants are immersed in dry salt or brine for sweating them.

Blanching eggplant destroys enzymes and helps prevent loss of nutrients, color, flavor, and texture that can occur during the freezing process. How to prepare eggplant by blanching? To blanch eggplant, the fruit is thoroughly washed, peeled if you wish, cut into slices, dices, or any shape you please, blanched in the blanching machine, and then cooled immediately to stop the cooking process and dewatered to remove excess water.

2.2.2 How to Preserve Eggplant

Eggplant can keep in the freezer for 8 to 12 months. To freeze eggplant, the fruit is washed, peeled, sliced, blanched, cooled, dewatered, vacuum packed, and subsequently frozen as fast as possible. You can also fry your eggplant instead of blanching before freezing it. Use the deoiling machine to remove excess oil. Eggplant puree, roasted eggplant, and eggplant dishes like eggplant Parmesan or eggplant meatballs can also be frozen.

Drying eggplant is an alternative method to extend its shelf life. Dried eggplant can be used in different kinds of meals, instant soups, and sauces. For drying eggplant, fresh eggplants are washed and sliced and then dried in a drying machine such as hot air drying oven.

Dried eggplant can be further processed into flour which enriches the diet and brings health benefits. To produce eggplant flour, dried eggplant slices are ground into powder form with a grinder.

3) How to preserve eggplant by pickling?

Eggplant can be pickled in the following process:
1. Wash the eggplant 2. Cut the eggplant into quarters 3. Salt it 4. Rinse with water 5. Dewatering 6. Drying in the food dryer 7. Put in the glass jar 8. Boil the mixture of soy sauce, water, sugar, and vinegar. Cool down to 80℃ and pour into the jar 9. Refrigerate after 60 minutes.

How to cook eggplant by frying?

Eggplant can be deep-fried to make eggplant chips and eggplant fries. Industrially, this can be completed in this process: washing eggplant by bubble washing machine, peeling in a peeler machine, cut into slices or chips, blanching, dewatering, frying in a frying machine, deoiling, seasoning and packing with an automatic packing machine. Get Price or Support 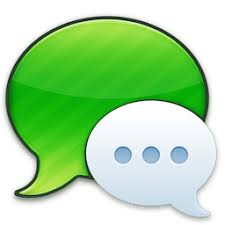